What Makes A Great Gig Worker?

Why do some gig workers thrive in the gig economy and others not so much? Gig work might not be for everybody. But chances are, if you possess a combination of the following skills, you probably have what it takes to make a great gig worker. Some of these traits come naturally to some gigsters, but don't worry if you fall short on the skill list. None are prerequisites to becoming a great gig worker.

Knowing what they are means you have something to strive for an gets you one step closer to success in your gig worker career.

Drumroll please... The top six skills to becoming a great gig worker are:

Because gig workers might work one day serving food at a party and the next collecting tickets at a concert, a natural curiosity about how things work, how different industries operate, and a willingness to learn on the fly, allows gig workers to take advantage of the many different gig economy opportunities.

Great gigsters are willing to learn new skills in order to diversify their income streams. The more skills you master, the more successful you’ll be.

A gig worker who shows confidence in new situations and social settings is what makes the difference between an okay gigster and a great one. Because a gig worker moves from one job to another, they must be secure in their skill set in order to get up and running quickly if they plan to succeed.

Don’t worry if confidence doesn’t come naturally to you. The more gigs you work, the more skills you master, and the more confident you’ll become over time.

Not everybody is able to achieve success as a gig worker. When a gig opening comes through on your app, you might have only minutes to claim it before someone else nabs it. How motivated are you to take charge of your career and jump in quickly to secure work?

Great gig workers are those who are motivated to respond in a timely manner.

Are you the type of person who likes to have the same thing for breakfast every day of the week or do you like to change things up? If you adapt well to change, especially when it comes to new work environments, new co-workers, and new job roles, you have what it takes to succeed as a gig worker. But if you crave sameness and must have a set routine in order to feel comfortable, the gig economy may stress you out and might not be a good fit.

Do you learn new skills quickly? Working in the gig economy is fast-paced, employers and co-workers expect you to get up and running without asking a ton of questions or second-guessing your work.

That’s not to say that you shouldn’t ask questions about the job and what it entails. You most certainly should, but don’t expect much hand holding when working the gig economy. A great gig worker needs to get the job done without too much supervision. And a great gig worker is the one who gets repeat business and gets on the short list with preferred employers.

As a gig worker, you’ll need to be a good communicator. You need to learn new skills quickly. Asking the right questions and chatting it up with customers are all part of the gig. Good communication also means being a good listener, especially when it comes to job requirements.

Learning to be a great gig worker is not without its challenges. It takes some practice to figure out what works best for you. But if you master these six skills, you’ll be well on your way to becoming a great gig worker. Download the Gigworx app and learn more. 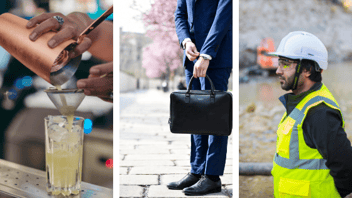 The Difference Between Temp Jobs and Gig Work 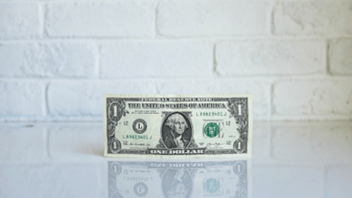 Want to Be an Entrepreneur? Try the Gig Economy First

Are you the type of person who actively seeks out change? Are you motivated to prove others wrong...